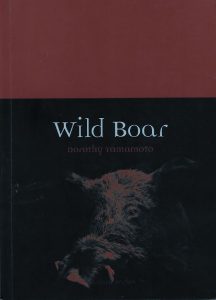 Summer books reviewed here include three on butterflies, two travel books (18th century, and 19th century) and one on the Wild Boar.

Two new books on butterflies, the first by Matthew Oates (His Imperial Majesty, Bloomsbury, 2020), and the second by Wendy Williams (The Language of Butterflies, Simon & Schuster, 2020), made me re-visit Miriam Rothschild’s ‘Butterfly cooing like a Dove’ (Doubleday, 1991). His Imperial Majesty is reviewed in detail in the previous August 2020 posting.

They are all completely different. Oates’s book is an impassioned, if not intimate review (almost ‘too much information’) of his methodology for searching for Purple Emperor butterflies, ova, larvae and pupae in woodlands. It is obviously emperor-centric and mostly UK centric, and literally he has not left any sallow leaf untouched in his pursuit of the natural history of the species. It is for amateurs and is not a scientific work, though he does say that much more peer-reviewed work is needed to be published. He has a great love of this one species, which is not the case of the Miriam Rothschild’s Butterfly cooing like a dove book, which reflects her great love of all butterflies; she died in 2005. This was probably a difficult book to write as it all about how butterflies express love through art and poetry. It is a unique in dealing with the subject matter. It is an informal and autobiographical anthology that includes works by Ancient Greeks and from Rome, Pliny, Shelley, Neruda, artworks by Picasso. I was taken by her deep love of Marcel Proust –‘is the first and greatest urban naturalist the world has ever known – the others have yet to be born.’ Hopefully there is some hope for some of us yet. It is generally illustrated throughout in black and white and colour. Where Oates does not mention Miriam Rothschild or her uncle Charles, the science journalist, Wendy Williams does include Miriam’s work on butterflies along with many other lepidopterists in her The Language of Butterflies. She interweaves the scientific work and discoveries about the wonderful world of butterflies, often through the lens of the Milkweed butterfly. She speaks for instance her site visits to the declining wintering habitats of Monarchs. Where Oates tries to promote the Purple Emperor as the national butterfly of the UK (there are other worthy contenders), Williams declares that butterflies are ‘the world’s favourite insect’ in the sub-title. The cover is an arresting and electrifying composite picture of dozens of morphos – this has to be the top book cover of the year. Rothschild is for all butterflies.

As for travel books, the first was ‘The Oregon Trail’ (Zenith, 2015) is about a 23-year old from New Hampshire who set out west in 1846 to cross the western part of America. As a chronicler and lover of the great outdoors, it was interesting to read about the habitats and wildlife, not alone the native Indians that he encountered. He has a great way of describing nature, where Proust was urban based Francis Parkman, was a country lover.  The great hordes of buffalo, the Indian villages and vast inhospitable lands they had to cross are described whilst they had to watch their backs – followed by wolves, bears and Indians. Later illustrations showed thousands of waggon trains queuing up to cross rivers on ferries, their waggons enveloped with buffalo hides.  Sadly most of the buffalo and the Indians would be dead a few decades later, mostly due to the new settlers. In this edition the book is illustrated with paintings and early photographs which help to set the scene, often of dying Indian races.  The second travelogue, at least for a naturalist to read was the round the world voyage by the Brassey family from Catsfield (East Sussex)  in their yacht ‘Sunbeam’ (Around the World in the Yacht Sunbeam, Burt, 1877).  Anne Brassey was an accomplished plantswoman who described the various garden plants she saw in all ports of call; she particularly liked the Chile coast with its colourful gardens. She and her family travelled with a menagerie of animals which she collected, or was given, in various ports: monkeys, pigs, parrots, turtles, and birds and fish which came on board were often eaten: boobies, albatrosses.. ‘Mother Carey’s chickens’ (Storm Petrels) were often seen around the world.  Sighting of whales and dolphins were also frequently seen. Lady Brassey was a great writer of everyday events. Her descriptions of various places bear no relation to what they are like today, and the idyllic setting of Honolulu, as an example does not compare to that of today. It was infinitely better then than today!

Wild Boar (Reaktion Books, 2017) is part of the growing Animal series from Reaktion and follows the usual format of describing the animal species from earliest times, and its relationship to humans especially by way of symbolism. The author is from Oxford and has brought together a collection of facts and figures that sums up the life of the beast, whose range stretches from Europe to Japan, and into the USA. Different genetic strains determine the colour variants seen. There is a lot of coverage of the boars in the Forest of Dean where they are particularly well known, including photographs of very close encounters with people. As a wild boar lover, I am all in favour of wild boars for their tearing up of the land and boosting biodiversity through stimulating buried wildflower seed to germinate. They are increasingly becoming habituated to humans, that where before they were long gone when they heard a car or a human, now they stand their ground and will charge a car. As a species, they remain highly successful thanks to breeding with domestic pigs and will remain a formidable trophy and symbolism for chasseurs in the future that always defies the determined chasseurs.