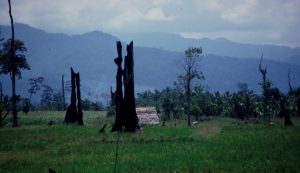 The 28 authors released their preliminary summary of the Global Assessment on Biodiversity … on 6 May 2019 stating that the final report is expected later this year and will run for 1,500 pages. This multi-authored tome has also had guidance from 19 other experts from their Management Committee. The experts are drawn from several countries around the world so this is an agreed collective response representing the state of the world’s biodiversity. However the countries for which data has come from appears to be restricted to the UK, USA, Trinidad & Tobago, Mexico, Canada, Argentina, Japan, South Africa, Hungary, Venezuela, France, Germany, Netherlands and Philippines. Missing are many countries including Russia, Japan, China, several European countries and Australia.

Key findings – in their words – are

‘Nature across most of the globe has now been significantly altered by multiple human drivers, with the great majority of indicators of ecosystems and biodiversity showing rapid decline.’

‘Habitat Loss and deterioration have reduced global terrestrial habitat integrity by 30%,, thus…ca. 9% of the worlds est., 5.9 million terrestrial species, more than 500,000 species, have insufficient habitat for long-term survival , are committed to extinction with decades, unless their habitats are restored.’

‘Estimated – 8 million animal and plant species (75% of which are insects), around 1 million are threatened with extinction.’

Coral: ‘Approximately half the live coral cover on coral reefs has been lost since the 1870s’

Vertebrates: ‘Human actions have already driven at least 680 vertebrate species to extinction since 1500.’

Amphibians: ‘More than 40% of amphibian species are currently threatened.’

Insects: ‘Global trends in insect populations are not known but rapid declines have been well documented’  ‘tentative estimate of 10% threatened by extinction.’