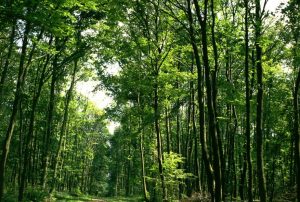 Standing up for Nature – harnessing the power of local communities.

ELF (Environmental Law Foundation) is 30 years old, and on 1 November they had a celebratory evening with guest naturalist Chris Packham and renowned birder Mya-Rose Craig. The original founders, Martin Polden OBE and Diana Schumacher OBE were present plus about 80 guests. The charity ELF runs on a tiny budget but is supported by pro bono lawyers, barristers and ecologists (like myself) to fulfil its fight for environmental justice. It is unique in the UK since it is there for anyone in any community who is concerned by any potential environmental impact.

Chris Packham was here because he runs ‘Wild Justice’ who takes on legal challenges against the UK government, and they campaign for a better deal for wildlife. Mya-Rose Craig was here because she is the youngest person to receive an Hon Doctorate for her campaigning for equal rights, and for her ornithology; she is known as ‘Birdgirl’ and has now published her eponymous ‘Birdgirl’ (Kruger, 2022) recounting her journey: she has seen over half of the world’s bird species (5000 species).   Chris’s book ‘Fingers in the sparkle jar.. .’ was published in 2017.

The authors were asked about how they first got into nature. Packham explained that his earliest memories were when he was 4 ½ living in Southampton when he marvelled at the feathers of a dead starling – he has precise memory recall which he puts down to his  Asperger’s Syndrome which he feels gives him an advantage so that he talk to schools about it. A pet kestrel was also his source of inspiration. Mya-Rose’s inspiration came entirely from Gerald Durrell’s ‘My family and other animals’. As a 20 year old she says she belongs to the ‘Climate Change Generation’ who has known nothing different from activism.  Chris, at 61 says he has been a failure as all that he has striven to do to protect wildlife has been a failure as the Anthropocene is upon us: the graphs of declining species and habitats are falling rapidly. On that basis my own conservation work has been a failure, and so too Attenborough’s though he has brought the beauty of the natural world to our living rooms, perhaps for the last time.

Packham has a ‘fear’ for the future of the countryside. Both speakers advocate for ‘green spaces’ being precious for mental health, and Mya a British-Bangladeshi, is very much an ambassador for this when she is not supporting beavers in the West Country.  ‘Community based activism’ is the key to moving forward people’s concerns about environmental impact, and there is always value in ‘Citizen’s Science’. He sympathises with Extinction Rebellion and Stop Oil.  Both were not too impressed with the current government (last days of October one) and Chris said that ‘If Rishi does not go to COP we need to burn something down’. Within hours Rishi U-turned to go the next day (2nd Nov).

The future is definitely ‘empowerment’ of people. However, there is new bill presently in Parliament which means that peaceful protest will be criminalized.  Chris said the environmental issues should be apolitical.  Wide-ranging comments were discussed.

On farming he said that ‘farming will fail’ as ‘there are only 50 harvests left’ as farmers are pumping too many chemicals into the ground.  On the EU regulations he drew attention to Malta who legally snare and shoot thousands of birds because they have negotiated a derogation clause, whereas in Cyprus they act illegally killing migratory birds.  In the Amazon he said that people are being killed on a daily basis, and that eco wars will come.  To dispense some of this inner fear of what is happening around the world he has already designed a ‘Love and Rage’ T-shirt.