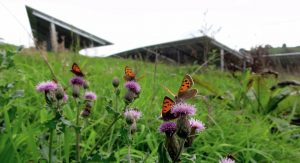 Villagers, including ramblers, are increasingly expressing concern about solar arrays in the community. Here are the ecology issues.

Solar farms are mostly not open access as they are on private land.  With the loss of the Feed in Tariff (FIT), many local authorities are maximizing their own council land, realising they could provide community electricity and sell it. Similarly, villagers are also creating their own community solar arrays. Where footpaths and bridlepaths are beside, or through, a solar farm, then this can always be accommodated in the design – creating a safe and fenced-off walkway. Remember all solar farms are dangerous ‘power stations’.  See aerial Google.maps for walkways through solar farms as in the Fareham area of Hampshire. Ecological interpretive boards were provided there to help observe flora and fauna.

Monitoring planning applications – what you can do

There is no ecological objection to solar arrays on private land – they can only be good for biodiversity especially with enhancements.

ii) land protected from other development for 25 years – a benefit! Solars are temporary.

Cons: eyesore??  See below – participate in the planning process

When consulting planning applications for solar arrays then it is best to:

Publications on solar arrays and biodiversity by John Feltwell (2013-2015)

Feltwell, J. 2013a.  Are photovoltaic solar arrays an influencing factor in avian mortality? The Newsletter of The Kent Field Club. February 2013. Number 77, p.18-27.

No impact on birds

Solar farms excellent for bumblebees and other insects

Solar farms do not take more than 0.14% away from the UK’s agricultural crops

Feltwell, J. 2014b Observations on the effects of photovoltaic solar panels on invertebrates at Ebbsfleet Farm, Sandwich, Kent 2010-2012. The Newsletter of The Kent Field Club. Number 79.

Essential reading for all developers and planners….  Introduction of the BMP  (Biodiversity Management Plan). 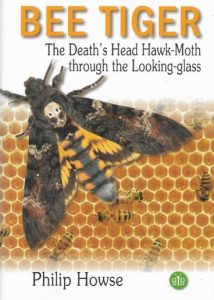